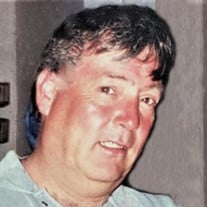 Kensington, NH – Thomas A. “Tommy” Reid, died at Portsmouth Hospital after a short illness on Sunday May 29, 2022. He was born on November 7, 1950 a son of the late James and Lorraine Reid of Amesbury, MA. He was a graduate of Newburyport High School, Class of 1969. Tommy loved cars and at age fourteen he began working with his father at Reid’s Service Station on Elm Street in Amesbury which he operated fulltime after his father died. After he closed the station, he continued to work on cars out of his home until his death. Tommy was generous in spirit, full of laughter and merriment. He was known to spoil his loved ones. He was a member of the Polish Alliance Club and often helped supported their local fundraising efforts and charities. He cherished all the members and formed many life-long friendships. Tommy’s great passion was sports and car racing. He loved ice-cream and dining out. His favorite haunt was Dairy Queen. He lived in Kensington, NH for twenty-six years with his longtime partner Susan Berry and her daughter Ashley. Tommy leaves behind two daughters, Lisa Reid Crockett of Seabrook, NH and Stephanie Reid Paul and husband Ian and their two children, Tommy’s grandsons Ethan and Owen of Kingston, NH. He also leaves behind his brother James E. Reid Jr. and wife Mary of Old Orchard Beach, ME, his sisters Bonnie Reid Zoeller and her husband Daniel of Amesbury, MA, and Linda Reid Ferguson of Hampton, NH as well as many nieces and nephews. A private graveside service will be held at 11 AM on Sunday, June 5, 2022 at the Mt. Prospect Cemetery on Elm St. in Amesbury. To honor Tommy’s love of animals, the family requests that donations be made to the New Hampshire SPCA, PO Box 196, Stratham, NH 03885.

The family of Thomas A. Reid created this Life Tributes page to make it easy to share your memories.

Send flowers to the Reid family.