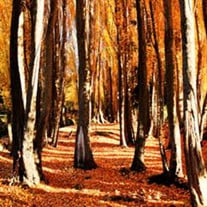 Hampton – Thomas E. Schultz, 75, of Hampton, died Friday October 9, 2015 at his home after a lengthy illness. He was born April 8, 1940 in McKeesport, PA the son of the late William P. and Margaret (Winso) Schultz. Tom’s career was in finance and he retired from Gil’s Jeep in Stratham as their finance officer. He previously held positions with Associates Discount Corp., Worcester County Bank, was an assistant vice president with Granite State Bank and was vice president for Dupont Associates. He was very active with the Hampton Youth Association serving as president from 1978-1980 and vice president from 1980-1982. He coached baseball and hockey, was the assistant varsity coach at Winnacunnet High School for the varsity hockey team from 1987-1988 and then served several years, coaching and refereeing. He enjoyed his second home that he and his wife Maryanne physically built in Pittsburg, NH where he enjoyed hunting and fishing. He shared 52 years of marriage with his wife, Maryanne (Hornyak) Schultz of Hampton. In addition to his wife, he leaves five children, Michael Schultz and his wife Lori, and their children, Austin and Jack of Boca Raton, Fla., Mark Schultz and his wife Liza and their children, Emily, Amy, and Hanna of Exeter, Janet Schultz and partner Betsy O’Reilly of Dover, Ruth Sullivan and her husband Daniel and their children Courtney and Nicholas of Stratham and Gregory Schultz of Hampton. Visiting hours will be from 1-3 P.M. Friday, October 16, 2015 in the Remick & Gendron Funeral Home-Crematory, 811 Lafayette Road, Hampton. Services will immediately follow at 3 P.M. in the funeral home. Relatives and friends are respectfully invited. If desired, donations may be made to Rockingham VNA & Hospice, c/o Community Relations, Attn. Vivian Brown, Exeter Hospital, 5 Alumni Drive, Exeter, NH 03833.

The family of Thomas E. Schultz created this Life Tributes page to make it easy to share your memories.

Send flowers to the Schultz family.