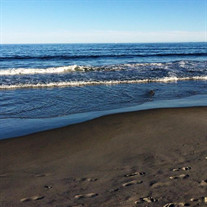 Hampton – Thomas J. Smith, 70, of Hampton and Fountain Hills, AZ died peacefully on Saturday, September 2, 2017 at his home with his loving wife by his side. He was born April 2, 1947 in Brooklyn, NY a son of the late James P. and Winifred M. (Harrison) Smith Sr. Tom was raised in Brooklyn, where he graduated from St. John’s Prep High School and received his bachelor’s degree from St. John University in New York. He was employed by the Internal Revenue Service for 35 years retiring as an Industry Director after previously serving as the Assistant Commissioner (Exam). He then worked for Price Waterhouse Coopers and later Jackson Hewitt finally retiring in 2010. He was longtime summer resident of Hampton and for the past seven years spent his winters in Fountain Hills, AZ. While he was employed with the IRS he made his home in many areas of the country. He shared 47 years of marriage with his wife, Dorothy A. (Domenico) Smith. In addition to his wife, family members include his three sons, Thomas J. Smith Jr. and his wife Lynmarie of Mesa, AZ, Brian C. Smith and his wife Audrey of Glastonbury, CT, Corey M. Smith of Surprise, AZ; five grandchildren, Aidan, Christopher, Ava, Chloe and Brody; brother James P. Smith Jr. of Topanga, CA; sister Teresa A. Smith of Hampton and several nieces and nephews. In addition to his parents, he was predeceased by his brother PFC Shawn B. Smith, USMC and his sister Winifred Pauline Casey. Visiting hours will be held from 5-7 PM on Wednesday, September 6, 2017 at the Remick & Gendron Funeral Home-Crematory, 811 Lafayette Road, Hampton. A mass of Christian burial will be celebrated at 11 AM on Thursday, September 7, 2017 at Our Lady of the Miraculous Medal Church, 289 Lafayette Road, Hampton. Relatives and friends are respectfully invited. In lieu of flowers, donations may be made to Rockingham VNA & Hospice, c/o Exeter Hospital, Alumni Drive, Exeter, NH 03833.

Hampton &#8211; Thomas J. Smith, 70, of Hampton and Fountain Hills, AZ died peacefully on Saturday, September 2, 2017 at his home with his loving wife by his side. He was born April 2, 1947 in Brooklyn, NY a son of the late James P. and Winifred... View Obituary & Service Information

The family of Thomas J. Smith created this Life Tributes page to make it easy to share your memories.