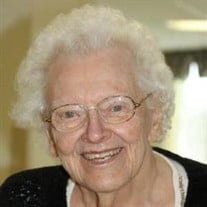 North Hampton – Vera M. “Sis”. Spooner, 91, of North Hampton, died Monday, November 14, 2016 at the Rockingham County Rehabilitation & Nursing Center in Brentwood. She was born February 10, 1925 in Glastonbury, CT the daughter of the late Lawrence and Carrie (Chapman) Murry. She graduated from Glastonbury High School with the Class of 1943. Vera moved to New Hampshire in 1961 coming from Lincoln, Mass., and she enjoyed quilting and sewing. Mrs. Spooner was the wife of the late Kenneth O. Spooner who predeceased her in 1997 and was also predeceased by her brother, Raymond Murry. She leaves her daughter, Joan Salie of Boxford, Mass., two sons, Stuart Spooner and Timothy Spooner both of North Hampton, two grandchildren, William Salie, III and Stuart Spooner, II, and a great granddaughter, Grace Spooner. A graveside service will be held at 1 P.M. Saturday, November 19, 2016 in the Center Cemetery, North Hampton. Relatives and friends are respectfully invited. In lieu of flowers, donations may be made to the NH S.P.C.A. P.O. Box 196, Stratham, NH 03885.

The family of Vera M. "Sis" Spooner created this Life Tributes page to make it easy to share your memories.

Send flowers to the Spooner family.