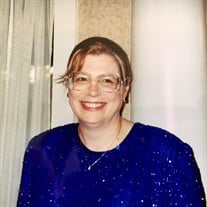 Rye – Vicki J. Abrams, 67, of Rye, passed away peacefully on Sunday, September 3, 2017 after a long and inspirational battle with cancer and Parkinson’s Disease. Vicki was born in Keene, the daughter of the late Alan B. and Sylvia (Basch) Abrams. The family resided in Greenfield for a time before settling in Portsmouth in 1960. Vicki graduated from Portsmouth High with the Class of 1968 and went on to earn her Bachelor’s Degree in Early Childhood Development from New England College. During her high school and college years, Vicki worked in the gift shop at the former Yoken’s Restaurant, a job she thoroughly enjoyed. Upon graduation from college, she joined the family business, Allen Wayside Furniture of Portsmouth, where she worked for nearly 30 years before illness caused her to retire. She loved her family and their special time together were the happiest times in her life. She enjoyed nothing more than the laughter and play of her granddaughters. Vicki was an avid bridge player, movie enthusiast and enjoyed the most challenging puzzles. She loved the arts and enjoyed spending the day at any museum or the theater. She found inspiration and peace there. Over the years she enjoyed creating her own art with needle point, crochet, knitting, cross stitch, painting, stained glass as well as pottery. She always had a smile on and was there to lend an ear if needed to anyone. Left to cherish her memory are her son, William Abrams and his wife Kendra of Stratham, her brothers, Doug Abrams and his wife Jennifer of Rye and Jeff Abrams and his wife, Chris of Portsmouth, her very special grandchildren, Ella and Aviana Abrams, her dear nieces and nephews, Caley Mannes and Kelsey, Zac and Rachel Abrams and her beloved dog Toto. Family and friends may visit from 4-7 PM on Thursday, September 7, 2017 in the Remick & Gendron Funeral Home-Crematory, 811 Lafayette Rd., Hampton. A graveside service will be held at 11 AM on Friday in the Central Cemetery, Rye. In lieu of flowers, Vicki’s family suggests memorial donations to the Susan G. Komen Foundation, Dept. 41831, P.O. Box 650309, Dallas, TX 75265, online at http://ww5.komen.org/ or to the Michael J. Fox Foundation For Parkinson’s Research at Donation Processing, The Michael J. Fox Foundation, P.O. Box 5014, Hagerstown, MD 21741-5014, online at www.michaeljfox.org/Donate_Now.

Rye &#8211; Vicki J. Abrams, 67, of Rye, passed away peacefully on Sunday, September 3, 2017 after a long and inspirational battle with cancer and Parkinson&#8217;s Disease. Vicki was born in Keene, the daughter of the late Alan B. and Sylvia... View Obituary & Service Information

The family of Vicki J. Abrams created this Life Tributes page to make it easy to share your memories.

Send flowers to the Abrams family.