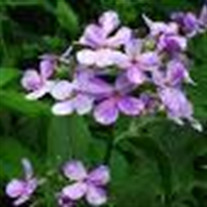 Hampton - Vincie Novello Marttila, 80, of Hampton, and formerly of Gloucester, MA, passed away peacefully on Friday, November 1, 2019. Vincie was born in Gloucester, MA on September 12, 1939, the daughter of the late Captain Joseph Novello and Lena Novello. Vincie graduated from Gloucester High School in 1957, and soon after took a job with New England Telephone. Vincie married Robert “Marty” Marttila of Peabody Mass on November 14, 1964. In 1966, Vincie and Marty moved to Hampton, where they raised their three children, Neil Marttila, Joseph Marttila and Annmarie Marttila. Vincie dedicated herself to raising her children, and spoiling her family and friends with elaborate Italian, Polish, Asian, and American meals and delicacies. Vincie loved teaching others about the bounty of the ocean and how to properly prepare and cook fish and shellfish. Vincie’s talents as a craftswoman often centered around her family, as she was exceptional at, decorating birthday cakes, creating amazing ties for her sons, designing beautiful figure skating outfits for her daughter. She worked tirelessly at each craft. Vincie was an original “rink mom”, spending countless days bringing her children to hockey practice and figure skating lessons, attending nearly every game and performance, always providing a quiet support putting sports in a proper perspective. As her children grew older and began to attend college, Vincie took a job as a purchasing agent for Alphatron Manufacturing/InnerStep Boston and continued to work in the electronics industry until her retirement. She was well respected by all suppliers-she was certainly a favorite to many with her outgoing personality, and yet tactful purchasing skills. After retirement, Vince enjoyed travelling with her husband and spending time with her grandchildren. Just as she was a “super mom”, Vincie was also a “super Nana”! Vincie is survived by her sons, Neil Marttila, and Joseph Marttila, her daughter Annmarie Marttila Cobb; her daughter-in-law Lauren Marttila; her daughter-in-law Kimberly Marttila; her son-in-law Tyrus Cobb III; her grandchildren, Tyrus Cobb IV, Griffin Cob, Carson Cobb, Emma Cobb, Robert Marttila, Jackson Marttila: her brothers Joseph Novello, Sam Novello, Peter Novello, her sisters Bernadette Strople, Grace Novello; and sister-in-law Jean Marttila. Vincie will be missed by both her immediate and extended family and by all of her friends, neighbors and others who had the good fortune to have known her. Visiting hours will be held from 4-6 P.M. Monday, November 11, 2019 at the Remick & Gendron Funeral Home-Crematory, 811 Lafayette Road, Hampton. A prayer service will follow at 6 P.M. at the funeral home. A graveside committal service will be held at 12 P.M. Tuesday, November 12, 2019 in Calvary Cemetery, Eastern Avenue, Gloucester, MA. Relatives and friends are respectfully invited.

The family of Vincie A. Marttila created this Life Tributes page to make it easy to share your memories.

Send flowers to the Marttila family.