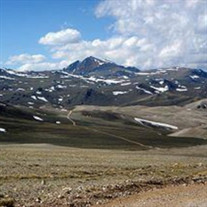 Not sure what to send?

Rye, NH — Virginia Faith “Ginger” Domey Davis Jennings, 83, went home to be with her Lord and Savior Jesus Christ on November 28, 2021. While not physically surrounded by her family and dear friends as she had always hoped, she was blessed to pass on peacefully after her final decline from Alzheimer’s, the bookend of an otherwise remarkable and extraordinary life. Virginia was born on July 16, 1938, in Springfield, Mass, the daughter of George and June (Burlingame) Domey. After her father died, when she was 10 years old, her family moved frequently. As a result, Ginger attended 18 schools, from Arizona, Texas, South Carolina, Vermont, New Hampshire, and Massachusetts. Ginger was a graduate of Gordon College in Wenham, Mass, where she was editor of the college newspaper and photographer for the yearbook. She was honored as "Collegian of the Year” for the class of 1960, the first woman ever to earn the honor. She subsequently received a Master’s degree from Salem State College in education. She also did graduate studies in library science at Boston U., Northeastern U., and University Of Vermont. She served and enjoyed 20 years as head librarian at Hampton Academy Junior High, Hampton, NH where she served as advisor to the school newspaper, The Tartan. She established a darkroom for the student photographers. Previous to that she was librarian at Malden Catholic High School, Bowditch Middle School in Salem, MA, and Melrose Junior High School. She was predeceased by two husbands: Lawrence Wyman of Connecticut and the Rev. John Jennings of North Carolina. She leaves behind two sons, Robert Scott Davis of Limerick, ME, Richard Glenn Davis of Hampton Falls, NH, three grandchildren, Joshua Davis of Intervale, NH, Rachel Davis of Portsmouth, NH and Michelle Davis of Newmarket, NH, and three great-grandchildren, Lenora Davis, Lyon Davis, and Verity Davis. Ginger had recently attended Grace Presbyterian Church in Laconia, and the Millbrook Christian Church in Grafton, NH. For over 60 years she was associated with the New England Fellowship in Rumney, NH where the flagpole was donated in memory of her late husband, Lawrence “Larry” Wyman. Ginger loved to travel, having driven and camped across America and Canada, including three times by herself in her little VW "bug." She also traveled to Switzerland, Germany, London and Paris. She says she saw the Queen in London and the “Mona Lisa” in Paris. Above all her greatest passion was worshiping and serving her Lord and Savior Jesus Christ. She was Sunday School Superintendent and church librarian for many years in West Newbury, Mass. She served on a mission work trip to Alaska sponsored by Grace Chapel in Lexington, MA. Her loved ones will remember her very fondly for her excellence in photography and birding, her love for hosting family gatherings complete with old fashioned slide projections, piano playing, battleship, scrabble, puzzles, and other games, her generosity and provision toward her own family and friends, her way with storytelling in written and spoken word, her passionate patriotism and gratitude for being an American. In this life she was perhaps the most thankful to have been given her very own family. A celebration of Ginger Faith Jennings’ life will be held at the Tabernacle of Rumney Bible Conference, 31 Gilford Ave, Rumney, NH time, May 22 at noon. Her ashes will be buried at the Highland North Cemetery in Rumney, NH. In lieu of flowers, she asked that any donations be made to the Rumney Bible Conference, New England Fellowship of Evangelicals, Route 25, P.O. Box 99, Rumney, NH 03266 where she fondly remembers spending many summers growing up and had been associated for over 64 years. She described it as the anchor in a very peripatetic life.

Rye, NH &#8212; Virginia Faith &#8220;Ginger&#8221; Domey Davis Jennings, 83, went home to be with her Lord and Savior Jesus Christ on November 28, 2021. While not physically surrounded by her family and dear friends as she had always hoped,... View Obituary & Service Information

The family of Virginia F. Jennings created this Life Tributes page to make it easy to share your memories.