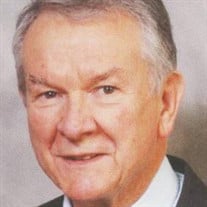 Hampton – W. Robert “Bob” Wysocki, 85, of Hampton, formerly of Haverhill, MA and Plaistow, NH passed away peacefully on November 17, 2020. He was born in Haverhill on October 26, 1935, son of the late Walter A. and Veronica (Kata) Wysocki. Bob graduated from Haverhill High School in 1953 and received his Bachelor of Science in Electrical Engineering from Northeastern University in 1960 and Master’s degree in 1964. He became a member of the technical staff at Bell Labs and later transferred to Western Electric and AT &T in North Andover, MA. From a senior engineer and several promotions in 20 years, he became product engineering and manufacturing director responsible for managing 500 personnel. He was also responsible for the Clark, NJ factory of 200 personnel manufacturing amplifiers for under water cables. His joy of his employees was returned by the joy his employees had of him. While working at AT&T Bob volunteered for non-profit organizations because “it is better to serve than be served”. He was chairman of the Greater Haverhill Chamber of Commerce and president of the Haverhill Boys Club from 1991-1992, awarded Man of the Year from the Boys and Girls Club of Lower Merrimack Valley in 1997, and president of the Boys and Girls Club of Greater Haverhill in 2008. He obtained $700,000 to convert Haverhill Boys Club and Camp Tasker to the Boys and Girls Club of Greater Haverhill. In October 2000, he co-founded Walter A. Wysocki Park in Haverhill in memory of his dad, “Budger”. He built and maintained the park for twenty years. Bob was a member of the Plaistow Lions Club and coached Little League baseball and grammar school basketball. While living in Plaistow he was a communicant of Holy Angels Parish and served as CCD teacher. After moving to Hampton he became an active communicant at Our Lady of the Miraculous Medal. He served as a Eucharistic and Stephen minister, attended Bible Study and Wednesday Adoration and served on the capitol campaign. He enjoyed volunteering which qualified him to be nominated to run the Olympic Torch Relay in 1996. In his earlier years he collected sports memorabilia and attended sports shows with his dad. He also tended to his vegetable and rose gardens and traveled to Hilton Head Island and Bar Harbor. He leaves the love of his life, Lorraine O. (Des Roches) Wysocki whom he shared 61 years of joy, spirit, life and love. In addition to his wife, family members include his children Carolyn Wysocki of Manchester, NH, Robert J. Wysocki of Woodstock, GA, Laurie Dumont and husband Duane of Atkinson, NH, son-in-law Norman Lohmeyer of McLeansville, NC, grandchildren Monique Maness and husband Nicholas, Hans Lohmeyer and wife Cassandra, Abbey, Matthew, Samuel and Hannah Wysocki, and Lauren and Andrew Dumont. He was predeceased by his daughter, Nancy Wysocki Lohmeyer. Visiting hours will held Friday, November 20, 2020 from 3- 6 PM at Remick & Gendron Funeral Home-Crematory, 811 Lafayette Road, Hampton. A mass of Christian burial will be celebrated the Saturday, November 21, 20020 at 11:00 AM at Our Lady of the Miraculous Medal Church, 289 Lafayette Road, Hampton. In lieu of flowers, donations may be made to Boys and Girls Club of Greater Haverhill. 55 Emerson Street, Haverhill, MA 01830.

The family of W. Robert Wysocki created this Life Tributes page to make it easy to share your memories.

Send flowers to the Wysocki family.