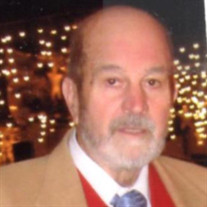 North Hampton – Walter S. Kowalczyk, 90, of North Hampton, died Wednesday, July 1, 2020 at Portsmouth Regional Hospital after a period of failing health. He was born July 21, 1929 in New York, NY a son of the late Adolf and Frances (Lewandoski) Kowalczyk. He graduated from Merryhill High School in 1947 and got drafted into the US Army in February of 1951 and served to January 1953. He worked in the aluminum industry in New York. In 1957, Walter moved to York, ME with his father and stepmother. He then moved onto Portsmouth, Greenland and finally settled in North Hampton where he has resided for over 63 years. In 1981 he married Theresa P. Kowalczyk who predeceased him on April 25, 2020. Walter was a kind and gentle man who was loved by all his family and friends. He was a devoted husband, brother and uncle to all. He worked for Pepsi Co. as a driver before going to the Postal Service for 30 years before his retirement. He was a member of the Portsmouth Moose Lodge for over 50 years. He loved walking the beach, working in the garden, and going out to eat and dance with his beloved Theresa. He will be missed by all. He leaves his sisters-in-law Joanne Ostrowski of Baltimore, MD, Mary Patrick of Wrentham, MA, Angela Kowalski of New York and many wonderful nieces and nephews across the country. He was predeceased by his brother Steve Kowalski. A visiting hour for both Walter and Theresa will be held from 11 A.M. to 12 noon, Saturday, July 11, 2020 at the Remick & Gendron Funeral Home-Crematory, 811 Lafayette Road, Hampton. Services for both Walter and Theresa will immediately follow at noon in the funeral home. Relatives and friends are respectfully invited. Social distancing and masks will be required. In lieu of traditional remembrances, donations may be made to a charity of one’s choice.

The family of Walter S. Kowalczyk created this Life Tributes page to make it easy to share your memories.