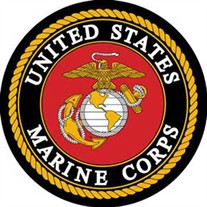 Hampton – Warner Jay Morse, 56, of Hampton and formerly of Lynnfield, MA, passed away suddenly on Wednesday, January 16, 2018 at the Portsmouth Regional Hospital. Warner was born on Cherry Point Marine Corps Naval Air Station in New Bern, NC on April 6, 1962, the son of the late Sergeant Major Joseph W. and Madeline E. (Hanlon) Morse. Warner was raised in a Marine Corps family and had lived in many locations around the globe. His family moved to Lynnfield, MA in 1974 upon his father’s retirement and Warner graduated from Lynnfield High School. He was a great athlete and loved all sports, whether participating or just watching. He enlisted in the United States Marine Corps shortly after high school and honorably served his country for 4 years. Above all else, Warner loved his family. He was caring, thoughtful and kind, loved animals, and was a faithful parishioner of the Hampton First Baptist Church. Warner leaves his daughter, Emma Barrett-Morse, his siblings: Diana Bird and her husband Joe, Joseph Morse, Jr. and his wife Laura, Christian and Grant Morse, Suzanne Adler-King and Pamela Morse and significant other Rick Manos. He also leaves several aunts, uncles, nieces, nephews and cousins. He will be sadly missed by all who knew and loved him. Services will be held at 1 P.M. Sunday, January 27, 2019 at the First Baptist Church, 36 Winnacunnet Road, Hampton.

The family of Warner Jay Morse created this Life Tributes page to make it easy to share your memories.

Hampton – Warner Jay Morse, 56, of Hampton and formerly of Lynnfield,...

Send flowers to the Morse family.