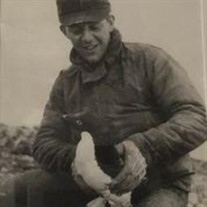 Seabrook - Wayne Russell, 77, of Seabrook, was born in Worcester, Massachusetts on December 12th, 1943 and he passed peacefully on December 15th, 2020 after a valiant battle with brain cancer. He attended Worcester public schools, where he played championship little league baseball. After completing Commerce High School he joined the US Navy in 1962 and was stationed aboard the Icebreaker Edisto, where he toured the North and South Pole, Iceland, Norway and Thule, Greenland. Upon his return from the Navy he worked at Worcester Controls and Valve Company as a machinist while he studied law enforcement at Quinsigamond College. He graduated from the Worcester Police Academy and began his law enforcement career with the Worcester Police Department in 1976. He moved his family to Newbury, Massachusetts when he purchased his parents' Plum Island cottage and renovated it into a year- round residence. He joined the Newburyport Police Department in 1984. Wayne was always physically active, enjoying swimming in the ocean, snorkeling in the Caribbean, running, cycling, cross country skiing, Alpine skiing, boating and many outside activities. Wayne retired in 1997 and he and Margaret began a new adventure in Florida. Wayne was introduced to golf and never stopped enjoying the game. Together they completed many bucket list items including skiing in Utah and Wyoming, snowmobiling in Yellowstone National Park, snorkeling in St Thomas, St John, Cayman Islands, British Virgin Islands, Dominican Republic and Barbados. Shortly after the 9-11 tragedy, the call went out for retired law enforcement personnel to return to service to help protect our country. Wayne signed on with the Department of Defense in Tampa FL. He was a true patriot and loved this country that he served. Wayne-the funny, kind, loving husband, father and friend was diminished by glioblastoma physically, but his spirit was strong to the very end. We struggled often but made sure to include lots of fun and laughter along the way. Wayne never stopped really being himself and each new deficit was met with a resolute determination to adjust to the new reality and keep on going. It was Margaret’s absolute privilege to care for Wayne during this difficult journey. Wayne wanted more time but it seems that heaven needed another hero. In addition to his beloved family, Wayne acknowledged his good fortune to have made many friends in his lifetime, including his longtime best buddy, Richard Sandberg of Worcester, MA. On behalf of Wayne, Margaret would like to thank each and every one for the endless outpouring of love, support and incredibly kind assistance that you provided to make this journey more bearable. He is survived by his wife Margaret (Bolduc) Russell, blended families: Dorrina Russell, Steven and Liz Lowell, Marc and Lisa Tirone, Dan and Melissa Tirone, grandchildren: Zachary Hazel, Michael and Julie Russell, Kathryn Lowell, Christopher Lowell, Jordyn Cote, Gino Tirone, great grandson Gracen Russell and niece Michelle Russell-Payne and family. Wayne was forever saddened by the passing of his daughter Sarah, now they are eternally reunited. He was also predeceased by his parents, Norman A. and Helen (Hartwick) Russell. Calling hours will be held from 11 AM – 2 PM Sunday, December 20, 2020 at the Remick & Gendron Funeral Home-Crematory, 811 Lafayette Road, Hampton, NH. Relatives and friends are respectfully invited. CDC rules will be followed. Services will be private. In lieu of flowers, if you wish, you may donate to the American Brain Tumor Association or to the Cancer research fund of your choice.

Seabrook - Wayne Russell, 77, of Seabrook, was born in Worcester, Massachusetts on December 12th, 1943 and he passed peacefully on December 15th, 2020 after a valiant battle with brain cancer. He attended Worcester public schools, where he... View Obituary & Service Information

The family of Wayne A. Russell created this Life Tributes page to make it easy to share your memories.

Seabrook - Wayne Russell, 77, of Seabrook, was born in Worcester,...