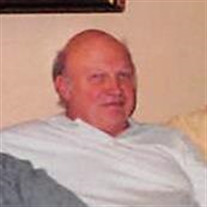 Newton Junction – William Harry Ashford, 75, of Newton Junction, passed away unexpectedly on Saturday, August 31, 2019 at his home. He was born in Portsmouth on September 5, 1943, son of the late Bertram and Mabel (Carter) Ashford. Raised in Portsmouth, he graduated from Portsmouth High, Class of 1961. He enlisted in the United States Army and served his country honorably in Korea and attended South Dakota State University during his enlistment. He graduated from NH Technical College with a mechanical drawing degree. Bill was employed at Adams-Russell Corporation as a design engineer for a number of years, including work in California with Lockheed Corporation and Boeing on the U.S. Air Force/Northrop B-2. Bill later worked at the U.S. Post Office in Concord, Hampton and Plaistow, retiring in 2008. Bill was an avid Bridge player, achieving a “Life Master” in Bridge in his 20’s and most recently was active with Great Bay Bridge Association. He enjoyed playing golf, where he was a member at Portsmouth Country Club. He also enjoyed building furniture and spending time at the family camp at Great East Lake. He is survived by his sister, Brenda Newton and brother, Brian Ashford both of North Hampton; nieces, Kimberly Newton, MD and her husband, Drew and Heidi Farrow and her husband, Brett; several grand-nieces, 1 grand-nephew and many cousins. In addition to his parents, he is predeceased by his brother, Wayne Ashford. Friends and family may visit from 2 to 2:45 PM and are invited to a celebration of Bill’s life at 2:45 PM on Sunday, October 20, 2019 in the Remick & Gendron Funeral Home – Crematory, 811 Lafayette Rd., Hampton. Burial will follow in the Center Cemetery, North Hampton.

Newton Junction &#8211; William Harry Ashford, 75, of Newton Junction, passed away unexpectedly on Saturday, August 31, 2019 at his home. He was born in Portsmouth on September 5, 1943, son of the late Bertram and Mabel (Carter) Ashford. Raised... View Obituary & Service Information

The family of William H. Ashford created this Life Tributes page to make it easy to share your memories.

Send flowers to the Ashford family.