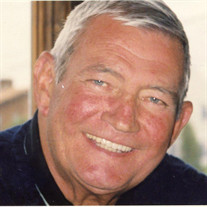 Seabrook Beach, NH – William J. “Bill” Barraclough, 75, of Seabrook Beach, formerly of Bradford, Mass., died peacefully, Friday, July 29, 2016 at his home, surrounded by family and friends. He was born December 14, 1940 a son of the late Clarence and Abigail (McGrogan) Barraclough. Raised in Lawrence, he graduated from Lawrence High School with the Class of 1958 where he excelled in football as a right guard and was a member of the Class A State Championship Teams in 1957 and 1958; the 1957 team went on to play in the Orange Bowl in Miami, FL. Bill graduated from Murray State University in Murray, Kentucky and went on to serve in the Peace Corps from 1964 to 1966 in Liberia, West Africa being the second group to serve overseas. After his marriage to the love of his life in 1969 to Elizabeth “Bet” Maguire, they made their home in Nassau, Bahamas where he taught math at the high school level for 11 years. While residing in the Bahamas, he was active in the Baillou Rugby Club where he played the position of wing forward and was also a member of the Baillou Soccer Club. Upon returning to New England, he was employed in the private sector until his retirement. Bill was very spiritual and a gentleman and a gentle man. He was a daily communicant of mass wherever he resided and while being a longtime resident of Bradford, Mass, was a communicant of Sacred Hearts Parish, where he was a past president of the Sacred Hearts Conference St. Vincent DePaul Society. He was also what he considered a "bean counter," counting up the collections from the previous Sunday each Monday with special friends for several years. He was a member of the Holy Spirit Conference of Lantana, FL., served as vice president of the Greater Lawrence District Council and was a past president of the Ancient Order of Hibernians District 1 Newburyport and a former Irishman of the Year. He loved traveling and made his travels explorations, going to Europe, South America, China, Hong Kong, camping on the Amazon and a visit to Antarctica. He visited six continents in his lifetime. He was also a member of the Bradford Outdoorsmen. A longtime summer resident of Seabrook Beach he made his home here year round in 2006 coming from Bradford. Bill was committed to family and community and more recently to St. Patrick Church at Hampton Beach and St. Elizabeth Church in Seabrook Beach. He shared 47 years of marriage with his wife, Elizabeth “Bet” (Maguire) Barraclough. In addition to his wife he leaves his daughter, Bronya Barraclough of Boston, Mass., his sister, Maryann Barraclough of Seabrook, a niece and several nephews including Jeffrey and Paul Barraclough. He was predeceased by his brother, Edward Barraclough. A visiting hour will be held from 9 A.M. to 10 A.M., Wednesday, August 3, 2016 at St. Elizabeth Church, Route 1A & Lowell Street, Seabrook Beach followed immediately by a mass of Christian burial at 10 A.M. Interment will be private. In lieu of flowers, donations may be made to St. Vincent DePaul Society, 48 South Chestnut Street, Bradford, MA 01835. Arrangements are by the Remick & Gendron Funeral Home-Crematory, Hampton.

The family of William J. Barraclough created this Life Tributes page to make it easy to share your memories.