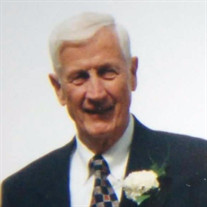 Seabrook Beach – William Kenneth “Ken” Clark, 86, of Seabrook Beach, formerly of Lowell MA, and a 16-year winter resident of Marco Island, FL, passed away peacefully on Tuesday, October 13, 2020. He was born in Lawrence, MA on August 16, 1934, a son of the late William D. and Ivy (Jackson) Clark. Raised in Methuen, he was a 1952 graduate of Searles High School and a 1957 graduate of Northeastern University with a Mechanical Engineering degree. In 1984, he completed MIT’s Sloan School of Management Program for Senior Executives. Ken spent over 35 years with Textron Defense Systems, of Wilmington, MA, as a Mechanical Engineer and Program Manager with many accomplishments including named inventor on several patents. He spent several years at EG&G KT Aerofab Inc. in El Cajon, CA as the president and general manager. In addition to his career, he was a proud veteran of the Army and Army Reserves, serving over 30 years, retiring with the rank of Colonel and receiving a US Army Freedom Team Salute from the US Army Commendation Program. When he was a boy and young man, Ken loved nothing more than to go to the beach. As a young husband and father of five, Ken and Dorothy purchased what would become their permanent home at Seabrook. Ken reveled in the beach, bringing kids from all over the neighborhood down onto the beach at low tide to play softball. Riding his bike was one of his favorite activities. Whether it was just taking a leisurely ride up and down the streets of Seabrook, lunch bike rides to Michael’s Harbor side, or in later years, bike trips with his grandchildren up to the Beach Plum for ice cream, he was always active. Always an athlete, there were many fierce but friendly games of basketball in the yard both in Lowell and Seabrook. He regularly played tennis, both socially with friends and occasionally competitively with his colleagues at Textron. In his retirement, Ken was an active member of the Seabrook Beach Civic Association and Textron Systems Retirees Association (TSRA). Always having enjoyed playing tennis and basketball as well as bike riding and sailing. He loved the beach where he would swim, body surf, boogie board and collect seashells, but most of all he cherished spending time on the beach with his family. Over the years he attended countless dance recitals, music concerts and sporting events, traveling to many different cities and states to cheer on his children and grandchildren. He shared 62 years of marriage with his wife, Dorothy (McNamara) Clark, raising their family of five in Lowell MA before retiring to Seabrook Beach. In addition to his wife, surviving family members include his children, Patricia Clark-Nowoswait and her husband David of Lowell, MA, and their children Kathryn and her husband Jack, Carolyn and her fiancé Jake; Stephen K. Clark and his wife Patricia of Londonderry, and their daughters Stephanie, Erin, Colleen; Sharon A. Clark and her husband Eric Mortenson of Hudson NH, and their sons CJ and Liam and step-daughters Melissa and Heather and families, Brian J. Clark and his wife Joyce of Hampton, and their children Michael and Cassandra and James W. Clark and his wife Kathryn of Lowell, MA and their sons Andrew and Matthew. In addition to his parents he was predeceased by his brother, Donald J. Clark. Visiting hours will be held from 4 - 8 PM on Monday, October 19, 2020 in the Remick-Gendron Funeral Home-Crematory, 811 Lafayette Road, Hampton. A Mass of Christian Burial will be celebrated at 10 AM on Tuesday, October 20, 2020 in St. Elizabeth Church, 1 Lowell Street, Seabrook, NH 03874. Burial will follow in the Hillside Cemetery, Seabrook. Relatives and friends are respectfully invited. In lieu of flowers, donations may be made to the Alzheimer’s Association , 225 N. Michigan Ave., Fl. 17, Chicago, IL 60601 or St. Jude Children’s Research Hospital , 501 St. Jude Place, Memphis, TN 38105.

The family of William Kenneth "Ken" Clark created this Life Tributes page to make it easy to share your memories.

Send flowers to the Clark family.