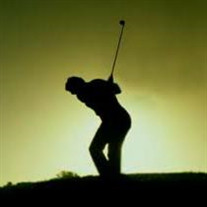 North Hampton – William E. “Bill” Cummings, Jr., 84, of North Hampton, died peacefully Monday, December 14, 2015 at the Edgewood Centre in Portsmouth from complications of Parkinson’s disease, with his family by his side. He was born October 19, 1931 in Providence, RI the son of the late William E. and Doris (Tucker) Cummings. Bill spent his early years growing up in Providence, RI as the son of a police detective. His days were punctuated with hair raising drives to school in his father’s unmarked police car (often ending in tardy slips) and trips to the library with his beloved grandmother, Emma. Emma inspired his lifelong love for literature. After graduating from high school, Bill enrolled in the Navy and served during the Korean War, most of which was spent aboard a hospital ship in the South Pacific. Upon his return, Bill attended Providence College earning a degree with honors in 1960. Bill entered pharmaceutical sales upon graduation with dreams of attending law school. He met the “apple of his eye” and the love of his life, Jane Frances Friel and the two married in 1961, making their home in North Hampton. The first of four children quickly arrived and he and Jane moved to the home on Mill Road that they shared for over 50 years. Here is where they raised their family, two boys and two girls. While working full-time as a salesman and raising his young family, Bill attended Suffolk Law School at night and earned his Juris Doctor degree. With the demands of family and work life, Bill returned to pharmaceutical sales, served as an administrator at the Veteran Affairs Hospital in Jamaica Plain, MA and also for a time at the Portsmouth Naval Shipyard. After retiring from the Shipyard, Bill enjoyed many years working for Meals on Wheels, finally retiring in 2005. Bill was a gifted scholar with an unbridled intellectual curiosity that never left him, even as Parkinson’s disease began to overtake him. He had books on every subject and would be the person to call for obscure trivia facts. Bill loved to learn and took classes in art and creative writing in his later years. He could tell a good story, often ending in fits of laughter, inspiring others to do the same. In addition to his family, Bill’s passion was golf. He was a member of the York Golf and Tennis Club for nearly 40 years and never tired of the game – playing as often as he could and when not, watching golf on the television set (much to the chagrin of his family). He also loved the Red Sox and all the Boston sports teams. What Bill loved most was being a grandfather. Known affectionately as “Pa”, Bill took great pride in his grandchildren and was often heard bragging about their accomplishments, often in hyperbole like any good grandfather should. His family will remember him fondly wearing his Irish scully cap, which he proudly referred to as his “chick magnet.” The next time you hit a golf ball or eat your favorite ice cream (any flavor will do) think of Bill and recite from Shakespeare, or simply bellow out a hearty laugh. In addition to his beloved wife of over 54 years, family members include, William E. Cummings, III and wife Ann-Charlotte of Stratham, Anne Judge and husband Stephen of Hanover, MA, John T. Cummings of Portsmouth, Patricia Robillard and husband Lawrence of Kittery, ME and grandchildren, Patrick, Abigail, Alexander, Madeleine, Katherine, Donovan, Grace and Sarah as well as many nieces and nephews, and of course, his much loved dog, Emma. He was predeceased by his sister, Carol L. Sassi. Visiting hours will be from 10 A.M. to 12 Noon, Monday, December 21, 2015 at the Remick & Gendron Funeral Home-Crematory, 811 Lafayette Road, Hampton. A memorial service will immediately follow. As Bill was a believer in the value of education, and especially because he always said “you should marry a nurse,” as testament to his respect and love for his wife, in lieu of flowers, donations may be made to Dr. David Straus Continuing Education Fund, c/o the Edgewood Centre, 928 South Street, Portsmouth, NH 03801.

The family of William E. Cummings Jr. created this Life Tributes page to make it easy to share your memories.