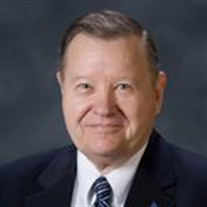 Hampton – William A. Hartley, 82, of Hampton, passed away Monday, April 9, 2018 at Portsmouth Regional Hospital after a brief illness. He was born in Worcester, Mass., October 19, 1935, the son of the late Robert and I. Bernice (Gale) Hartley. He was also predeceased by his sister, Bernice Dowd. Mr. Hartley graduated from Hyde Park High School and Bentley University. He graduated from Suffolk University Law School and received a Master of Laws in Taxation from Boston University. He was an Estate Planning Attorney with offices in Bedford and Portsmouth. He was a Certified Public Accountant as well as a Certified Financial Planner. Bill was a long-term resident in Hampton and served as a Trustee of the Trust Funds for the Town of Hampton. He shared 61 years of marriage with his wife Shirley (Skilling) Hartley. In addition to his wife, family members include four children, Stephen Hartley and his wife Maureen of Orlando, FL, Daniel Hartley and his wife Leslie of Hampton, Diana Young and her boyfriend, Timothy Gincerowski of North Hampton, David Hartley and his wife Rachel of Fulshear, TX, six grandchildren, Melissa, Stephanie, Molly, Bridgette, Gwendolyn and Peter, and many nieces and nephews. Visiting hours will be from 2-4 P.M. Saturday, April 14, 2018 at the Remick & Gendron Funeral Home-Crematory, 811 Lafayette Road, Hampton followed by a brief prayer service at 4 P.M. Relatives and friends are respectfully invited. In lieu of flowers, donations may be made to The Homemakers Health Services, 215 Rochester Hill Road, Rochester, NH 03867 or to Bethany Church, 500 Breakfast Hill Road, Greenland, NH 03840.

The family of William A. Hartley created this Life Tributes page to make it easy to share your memories.

Send flowers to the Hartley family.