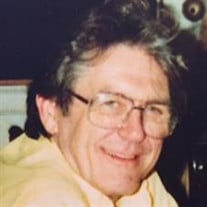 North Hampton – William R. “Bill” Kelson, 87, of North Hampton, was called home by the Lord July 18, 2017. Bill died at Portsmouth Regional Hospital due to smoke inhalation from a fire at his residence that same day. He was born March 20, 1930 in Everett, Mass., named Frederick Robert Fram to the late Thomas and Clarice Fram. Bill’s name was changed to William Robert Kelson by his adoptive parents, the late Ernest and Bessie (Hannington) Kelson. Bill spent his childhood in Everett, Mass., Houston, TX, Staten Island, NY and Georgetown, Mass. He attended Staunton Military Academy in Staunton, VA. He made his home in North Hampton since the early 1980’s coming from Hampton Falls where he resided for ten years and prior to this lived in Newburyport, Mass. Bill was a successful antique appraiser and dealer, part time carpenter, and was fond of anything historic and had a love collecting all things old. He enjoyed investigating and learning the origin of classic pieces. He made contributions to the community in his years, including donating to local historic landmarks. He also enjoyed driving high performance and minimally produced cars and was the owner of, among others, a Ford Thunderbird convertible, a Volkswagen Thing, a GMC Typhoon and a Jeep Cherokee SRT. He loved New England and the fall foliage and great history of the Northeast. He will be missed dearly for his gentle manners, sense of humor and his love collecting all things old. In addition to his birth and adoptive parents, he was predeceased by his brothers, Lloyd Arthur Fram, William Hannington Fram, and Lionel Ernest Fram. He leaves his sister, Elizabeth (Fram) Brooks, numerous cousins, nieces, nephews and friends. After cremation, a private graveside service will be held in Shediac, New Brunswick, Canada. Arrangements are by the Remick & Gendron Funeral Home-Crematory, Hampton

The family of William R. Kelson created this Life Tributes page to make it easy to share your memories.

Send flowers to the Kelson family.