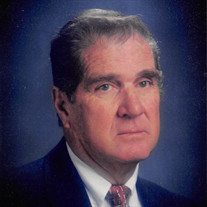 Hampton Falls – William F. Kenney, Lieutenant Commander, United States Navy, Retired, passed away peacefully on Sunday, January 8, 2017 at the age of 87 following a very brief illness. Bill was born in Carbondale, PA on September 5, 1929 and raised in Forty Fort, PA. He enlisted in the Navy after high school and in 1950 married Janet M. Mitchell, his high school sweetheart whom he had known since the second grade. The Navy took Bill and Janet to many locations across the country before settling in Hampton Falls in 1965. Following his 1970 Navy retirement, he enjoyed a second career of 25 years as a driver’s education instructor at Winnacunnet High School in Hampton. He was active in the local schools and community where he was a volunteer firefighter with the Hampton Falls Fire Department. He was a proud career Navy veteran, having enlisted at age 17 and retiring after 23 years of service as a Lieutenant Commander. During the course of his naval career, he was stationed on multiple ships and duty stations throughout the US, ending with a tour at Portsmouth Navy Shipyard. He served over a year in-country in Vietnam during the height of the war and was awarded the Bronze Star with Combat “V” the Navy Air Medal (five awards) and the Combat Action Ribbon. Bill was predeceased by Janet, his loving wife of over 57 years. He leaves behind their seven children: Dr. Janice Jesse and her husband, Dr. Robert Jesse, of Richmond, VA; William F. Kenney Jr. and his wife, Alice Harrill, of Charlotte, NC; Meredith Steele and her husband, Stewart, of Norwell, MA; David B. Kenney and his wife, Barbara, of Seabrook; Stephen C. Kenney and his wife, Gwen, of Exeter; Priscilla Kenney and her husband Dell McCoy, of Aurora, IL and Patricia Jancsy and her husband, Daniel, of Durham. He also leaves behind numerous grandchildren and his dear friend, Jane Lynch of Hampton. We will miss you. Bravo Zulu. Visiting hours will be from 4 to 7 PM on Thursday, January 12, 2017 in the Remick and Gendron Funeral Home – Crematory, 811 Lafayette Rd., Hampton. A private burial service is planned with interment at the Oaklawn Cemetery in Hampton Falls beside his beloved Janet. Memorial donations may be mailed to the New Hampshire SPCA, PO Box 196, Hampton, NH 03885, online at http://www.nhspca.org/honor-giving/ or to the US Navy Memorial at http://shipsstore.navymemorial.org/donate/donation.

The family of William F. Kenney, LCDR, USN, Ret. created this Life Tributes page to make it easy to share your memories.

Send flowers to the Kenney family.