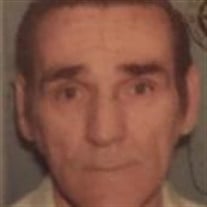 Seabrook – William J. “Bill” Lennox, Sr., 80, of Seabrook, died Saturday, December 2, 2017 at Anna Jaques Hospital in Newburyport, MA. He was born July 30, 1937 in Boston, MA a son of the late Thomas F. and Dorothy (Roberts) Lennox. Bill was a hard worker and was employed by the former Tannery in Newburyport and Orbit Plastics in Salisbury, MA. In his earlier years he served as an auxiliary police officer in Newburyport. He made his home in Seabrook since 1958 and enjoyed going to the local ballfields to watch the local youth play sporting events. He also enjoyed all the John Wayne westerns as well as watching the Boston Bruins, the Three Stooges and All in the Family television shows. Earlier in life he was an avid hunter and fisherman and liked to go camping. He shared 59 years of marriage with his wife Joan (Eaton) Lennox. In addition to his wife, he leaves five children, Jeffrey, John, Thomas and Robert Lennox and Pamela Scott all of Seabrook, six grandchildren, one great grandson, three brothers, three sisters, many nieces and nephews. He was predeceased by his son, William F. Lennox, Jr. Visiting hours will be held from 11 AM to 1 P.M. Saturday, December 9, 2017 at the Remick & Gendron Funeral Home-Crematory, 811 Lafayette Road, Hampton. Services will immediately follow at 1 P.M. in the funeral home. Relatives and friends are respectfully invited. In lieu of flowers, donations may be made to the American Diabetes Association, 2451 Crystal Drive, Suite 900, Arlington, VA 22202.

The family of William J. Lennox Sr. created this Life Tributes page to make it easy to share your memories.

Send flowers to the Lennox family.