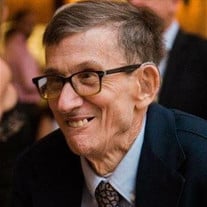 Rye – William “Johnny” Morton, 67, a lifelong resident of Rye, passed away peacefully on Monday, July 17, 2017 at his home. He was born on November 2, 1949 in Portsmouth, a son of Jane (Brown) Remick of Rye and the late Manning L. Remick. He attended Crotchet Mountain School in Greenfield and later Great Bay Services in Portsmouth. Johnny was a member of the St. Theresa Men's Club and Avid New England sports fan. He was a space enthusiast and NASCAR fan who also enjoyed, writing, Legos, model airplanes and dancing, but his greatest joy was spending time with family and friends. In addition to his mother, he is survived by his siblings, Marcia Lyon of Rye, Matthew Morton and his partner Deborah Rimbaud of Newfields, Arthur Splaine and his wife Nancy of Rye; nieces and nephews, Aaron Lyon and wife Paloma, Ashley Shea and husband Anthony, Alizza Mitchell and husband James, Andrew Morton and wife Hannah, Kelsey and Colby Splaine and his dear great nieces and nephews, Leighton, Ella, Oliver, Kingston, Madden, Piper, Crew, Sol, Nourie and Riley. A celebration of his life will be held from 1 to 4 PM on Sunday, July 23, 2017 in the Remick & Gendron Funeral Home-Crematory, 811 Lafayette Road, Hampton. Relatives and friends are respectfully invited. In lieu of flowers, donations in Johnny’s name may be made to: Friends in Action, PO Box 866, Durham NH 03824.

The family of William "Johnny" Morton created this Life Tributes page to make it easy to share your memories.

Send flowers to the Morton family.