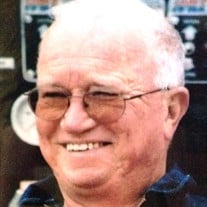 Hampton – William C. “Mique” Murray, 75, of Hampton, died peacefully, Sunday, October 23, 2016. He was born December 2, 1940 in Newburyport, Mass., a son of the late Thomas and Frances (O’Brien) Murray. Raised in Newburyport, he graduated from Newburyport High School with the Class of 1958. He then went on to earn his Bachelor’s Degree from the former St. Francis College in Biddeford, ME. Mique first worked as a teacher in the Newburyport School System and later for the Cashman Elementary School in Amesbury, Mass. During his summer vacations, he started working as a dispatcher and call firefighter for the Hampton Fire Department. He eventually changed careers and became a full time fire alarm operator for Hampton, retiring in 2008. His grandchildren were most important to him. He was also an avid fisherman who enjoyed woodworking and camping with family and friends. Family members include his children, Maryanne Mooney and her husband John, Sean Murray and his wife Kristen all of Hampton; brothers, Thomas Murray and his wife Beverly of Walpole, Mass., Francis “Brien” Murray and his wife Suzanne of Port Townsend, WA; grandchildren, Brenna, Ryan and Claire Mooney and Anna and Julia Murray; also survived by several nieces and nephews. He shared 40 years of marriage with his wife the late Anne (Borin) Murray who predeceased him in 2009. He was also predeceased by his sister, Susan Murray. Visiting hours will be from 4-7 PM Wednesday, October 26, 2016 in the Remick & Gendron Funeral Home-Crematory, 811 Lafayette Road, Hampton. A mass of Christian burial will be celebrated at 10 AM Thursday, October 27, 2016 at Our Lady of the Miraculous Medal Church, 289 Lafayette Road, Hampton. Burial will follow in the High Street Cemetery, Hampton. Relatives and friends are respectfully invited. In lieu of flowers, donations may be made to the Heaps of Hope, Inc., c/o Holly J. Walton, Matrix Financial LLC, 60 Walnut Street, Wellesley, MA 02481 or the Hampton Firefighters Charitable Foundation, 140 Winnacunnet Road, Hampton, NH 03842.

The family of William C. "Mique" Murray created this Life Tributes page to make it easy to share your memories.

Send flowers to the Murray family.