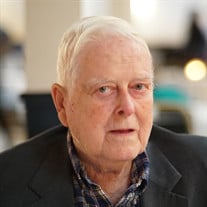 Newmarket – William E. White, 88, of Newmarket, died on August 5, 2017 at Exeter Hospital. He was born in Newburyport, MA on September 7, 1928 a son of the late James R. and Leonora P. (Felch) White. Bill was raised in Seabrook and resided in Newburyport until 1976 when he moved to Exeter. He has lived in Newmarket since 2000. Bill worked as a supervisor and foreman at several area shoe companies with 42 years of service. He enjoyed hunting, fishing, spending time with family and friends, and regaling everyone with his many stories and jokes. Bill leaves behind his wife Lucille (Hamel) LeGault White; four sons, Ronald W. White and his wife Migdalia of Seabrook, James P. White and his wife Kristen Kraunelis of Exeter, David A. White and his wife Heidi of Exeter, Michael White and his wife Kimberli of Winter Garden, FL; daughter Marcia D. Felch of Seabrook and several grandchildren, great grandchildren, nieces and nephews. In addition to his parents, he was predeceased by his first and second wives, Gladys A. White who died in 1998 and Marion (Ricker) White who died in 1972; son Ricky E. White who died in 1978 and siblings, James Robert White and Eleanor P. Stinson. Visitation will be held from 9 to 10:30 AM on Friday, August 11, 2017 in the Remick & Gendron Funeral Home, 811 Lafayette Road, Hampton. Services will immediately follow the visitation at 10:30 in the funeral home. Burial will follow in the Belleville Cemetery, Newburyport, MA. Relatives and friends are respectfully invited. In lieu of flowers, memorial contributions may be made to the American Cancer Society, P.O. Box 22478, Oklahoma City, OK 73123.

The family of William E. White created this Life Tributes page to make it easy to share your memories.